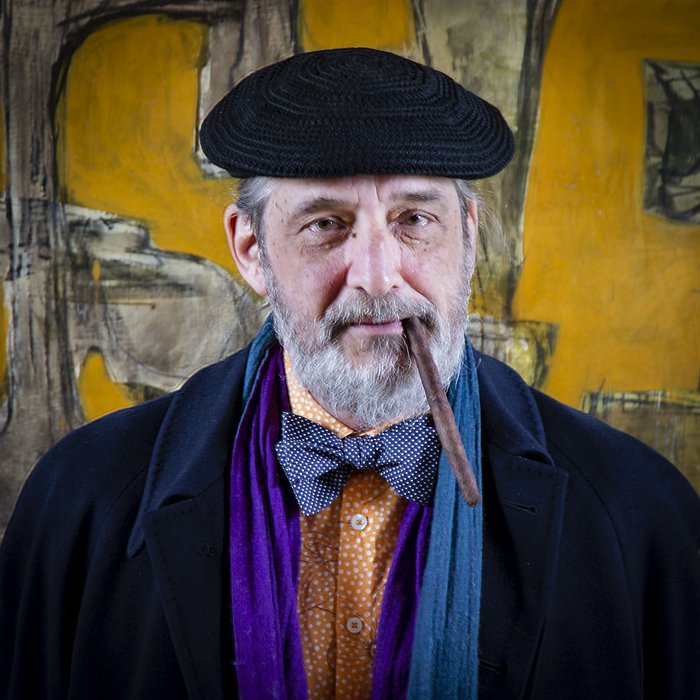 My training is Orientalist, having graduated in Oriental Languages ​​and Literatures in Venice (Cà Foscari) in 1976. From October 1984 to June 1989 I was a Researcher at that University. Since June 1989 I am a professor at the University of Udine, first as an Associate (1989–2001) and then as extraordinary and ordinary. I completed my studies thanks to scholarships at SOAS in London. I worked as an archaeologist in Iran and Jordan (1977, 1987) and collaborated with numerous university institutions, not only in Europe. I am a specialist in Islamic art and archeology and my areas of investigation have been the architecture and decorative arts of the vast Islamic worlds.

I travelled a lot; I know directly the major Muslim sites of Spain, all of the Maghrib, Egypt, Syria, Iraq, Jordan, Turkey, Caucasian countries, Iran, Afghanistan, Turkmenistan, Uzbekistan, Kazakhstan, Kirghisistan, India, Central Asia, China. I have a good knowledge of the Persian Gulf area and Oman and Yemen; in Saudi Arabia I was alone for a series of conferences. I have participated in many congresses in various parts of the world and in various continents (excluding Australia), and I have lectured and held seminars in the main Islamic universities and research centers on both sides of the Atlantic. In 1991 I participated as the Italian representative in the Unesco project of the Integral Study of the Silk Roads – Maritime routes, going to the Philippines, China, Korea and Japan and participating in seven international conferences. In 2003–2004 (November to June) I was sent as an expert by the Italian Ministry of Foreign Affairs in Baghdad at the Ministry of Culture of the CPA, where I held the role of undersecretary (with responsibility for the activities of the "Cultural Heritage" ) in the Coalition government.

I wrote a lot, even too much. In addition to lectures and conferences with a continuous activity has been that of curating large exhibitions on Islamic art. In 1993 I curated the exhibition (and the catalogue) Eredità dell’Islam. Arte islamica in Italia ("Heritage of Islam catalog. Islamic art in Italy"), at Palazzo Ducale in Venice: first and (for now) last exhibition with Italian Islamic materials from 70 lenders. Other exhibitions curated personally were in 2000:Sciamani e Dervisci dalle steppe del Prete Gianni. Religiosità del Kazakhstan e percezione del fantastico a Venezia ("Sciamani and Dervisci from the steppes of Prete Gianni. Religiosity of Kazakhstan and perception of the fantastic in Venice"), at the Museo Correr in Venice. In 2010–11 it was the time of the exhibition:Arte della Civiltà islamica. La collezione al-Sabah. Kuwait ("Art of Islamic Civilization. The al-Sabah collection. Kuwait"), in Milan (Palazzo Reale) which was also exhibited in Vienna (Kunsthistorisches Museum, 2011), in Seoul 2013 (National Museum of Korea), in Rome 2015 (Scuderie del Quirinale) and in Bahrain 2018 (National Museum of Bahrain) . In 2018 I curated the exhibition:Islam e Firenze. Arte e collezionismo dai Medici al Novecento ("Islam and Florence. Art and collecting from the Medici of the twentieth century"), at the Uffizi Gallery and Bargello National Museum. I have written papers for catalogs of various exhibitions, of which, however, I have not had the curation.

In addition to teaching and research, I currently collaborate with the Chair of Medieval Archeology at the University of Florence for excavations and research in southern Jordan (Petra and Shawbak), where I try and assist with architecture and Islamic materials of the Mission. Over the years I have developed a particular interest in Islamic uses and customs and I am a good connoisseur (and admirer) of the food and culinary traditions of those cultures. I have been a member of the scientific committee of the Max Van Berchem Foundation in Geneva for twenty years.

Divorced, two children, two grandchildren. I only drive motorcycles (Honda Crossrunner 800), Viola supporter, and I have been playing soccer for thirty years with and against students.