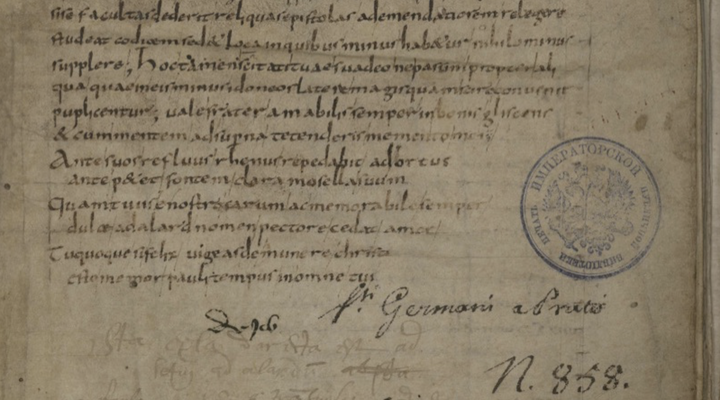 This project concerns the so-called Collectio Pauli, a collection of 54 letters by Gregory the Great which is attested by a dozen manuscripts dating between the end of the 8th and the 10th century. The most ancient among them, the Sankt Petersburg, Rossijskaja Nacional'naja Biblioteka, F.v.l. 7 (ff. 1–40), was commissioned by Paul the Deacon for Adalard, Abbot of Corbie, in the '80s of the 8th century and contains remarks that are probably autographs by Paul.

Objective of the research is the study of the St. Petersburg manuscript in its palaeographic, codicological and philological aspects, as well as the manuscript tradition of the whole Collectio and its transmission, also in relation to the other gregorian collections (the Registrum Hadriani and the Collectio ducentarum epistolarum), and Paul the Deacon's role in the composition of the Collectio – and, more in general, as an intellectual during the Carolingian age.