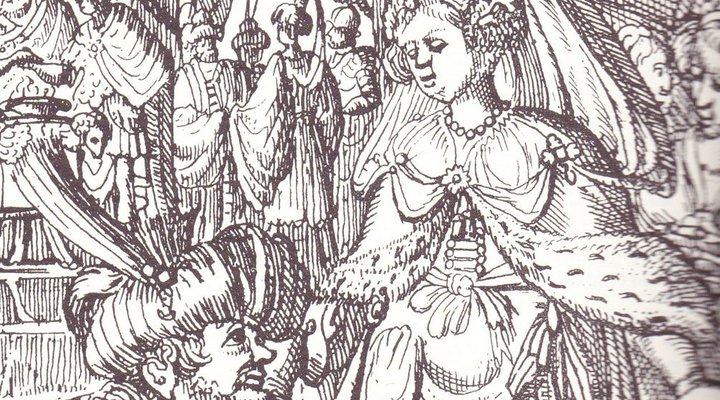 The project focuses on the translations of the French and Spanish theatre in Ferrara at the turn of the 17th and 18th century, starting from the edition and commentary of the Pulcheria by Cornelio Bentivoglio d'Aragona (1668–1732), a translation/re-elaboration of the Pulchérie (1672) by Pierre Corneille, autograph and preserved (with corrections) in the manuscript Antonelli l. 171, 6 of the Ariostea of Ferrara. The translation is undated, but it is reasonable to date it between 1715 and 1719.
The edition will be framed in the reconstruction of the historical and literary context of Ferrara, especially within the dramatic field, which was led by the Bentivoglio d'Aragona. This family of magnates, main branch of the princely house thrown out from Bologna at the beginning of the 16th century, rose to a position of undoubted prestige in the Estense city between the 17th and 18th century, as shown by the roles carried out by its members in the main institutions, by the relations (also marital) woven with other powerful Italian and European dynasties, and by the prominent titles within the ecclesiastical hierarchy. To this prestige contributed a magnificent (to say the least) patronage tradition, due to which their theatrical staging, musical initiatives and knightly performances were unmatched. In the case of Cornelio, we can add to this a cursus honorum of excellence – he was at first Papal Nuncio in France (1711–1719, during the contentious approval of the papal edict Unigenitus), then cardinal of Carthage and afterwards (1720–1726) legate in Romagna; finally, from 1726 until his death, he was Minister of the Spanish King in Rome. Indeed, in the first decades of the 18th century, Cornelio was the true dominus, the true master of Ferrara, and intervened in order to actively guide (even if from afar) the political and cultural city life – helped by his brother, the Marquis Luigi, collaborator of the Grimani Theatre in Venice and one of the first modern theatrical producers.