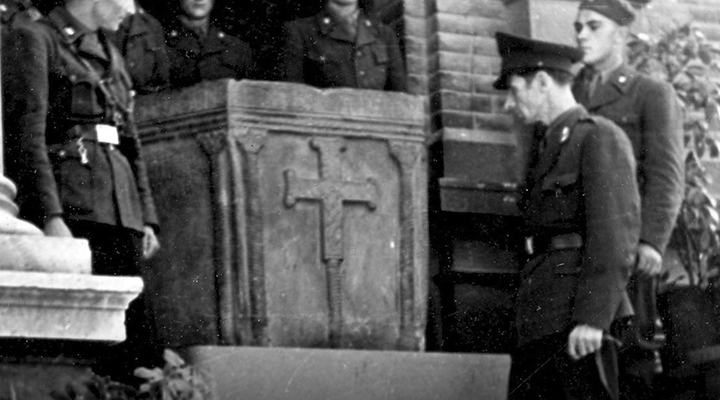 By integrating the perspectives of the various national and political entities, the project TransCultAA will analyse the phenomenon of transfer and displacement of cultural objects in the Alpe Adria region, a particular geographical area with a particular 20th century history, characterised by changing political boundaries and complex military and political dynamics.

Through a transnational perspective, the project involves scholars from Germany, Italy, Slovenia and Croatia, with associated partners in Austria, who aim at reconstructing the complexity of meanings underlying the concept of owning an artistic and cultural heritage.

Despite its regional focus, the project examines the very concrete effects of a history which deeply marked many European countries, by investigating the different forms of cultural transfer – confiscation, theft, looting, displacement and translocation as a safeguard measure.
Various questions will be asked and possibly answered: who was responsible for these transfers, what figures and what institutions took part in them, which objects were concerned, and why? These questions open necessarily more complex issues: which explanations were given, and which ones are still given today? Which narratives ensued over time and what meaning did they have? How do archival documents help to understand periods and events which are mostly still obscure?

Due to the specific characteristics of fundamental research, the collection, documentation and analysis of archival sources plays a critical role, as only factual data have the power to overcome myths, legends and, in particular, competing nationalist narratives.

Accepting HERA's invitation to analyse the "Uses of the Past" of the artistic and cultural heritage, TransCultAA aims not only at tracking the movements of the objects from, to or through the regions concerned, but also at investigating the value of this cultural heritage as symbolic capital.

As part of the project a virtual exhibition has been organised, namely 1940-1945. In difesa dell'arte, which was dedicated to the activity of Someda de Marco, Director of the Civic Museums and entrusted with the protection of the artistic heritage during WW2.