The Dossier of the Apions Family, an aristocratic byzantine family between Oxyrhynchus and Constantinople

The Dossier of the Apions Family, an aristocratic byzantine family between Oxyrhynchus and Constantinople 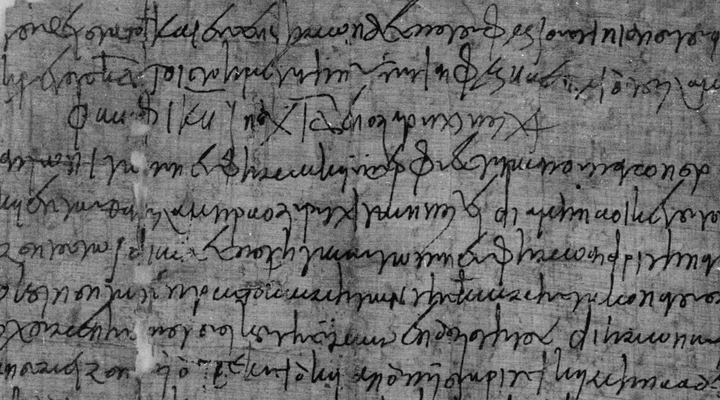 The purpose of this project is the fully reconstruction, for the first time, of the dossier of the Apions Family, one of the most important dynsties of the Eastern Roman Empire. Originally from Oxyrhynchus and Herakleopolis, in Middle Egypt, the members of this family alternated the names Apion and Strategios for every new generation. Starting from the rank of local notaries, in two centuries (half of the 5th-half of the 7th) they managed to hold the most prestigious administrative offices at the Emperor’s Court, and to own a large estate, scattered in various regions of Egypt, as well as in other provinces of the Empire. We are aware of their family history thanks to documentary, literary and juridical sources. The first group in particular gives information about the management of their egyptian properties, and sheds light not only on the administrative apparatus within the household, but also on the relationships between the Apions and the central administration of the Empire. A complete and precise evaluation of these topics is therefore a fundamental step for  full comprehension of those aspects. The corpus of apionic texts – so far attributed to the dossier – consists of little more than 300 papyri, for the most edited almost one century ago; however, it needs to be completely reviewed and reevaluated in consideration of the modern techniques of digital photography and of the most recent discoveries, and it should be furthermore increased through new identifications and editions of yet unknown texts. In particular, a systematic classifications of people and sites cited in the dossier could lead to the attribution to the corpus of further texts which, although not mentioning explicitely the Apions, are referring to people connected to them or to places where they had economic interests. For this purpose, the project involves three phases:

The results of this research (texts, characters, toponyms) will be collected in a dedicated database, searchable through a on-line form and provided with links to the digital images of every papyrus. The first editions of the new texts will be published in a volume devoted to the Apions and the other aristocratic houses in the Oxyrhynchite, to which many other specialists of the period, working at prestigious international universities and institutions, will collaborate. For this purpose a round table of the editors will be organized in Udine.

Reflections and conclusions concerning individual issues of the dossier (textual, prosopographic, economic, social, administrative aspects) will be instead the topic of specific chapters to be published in a monography dedicated to the Apions family.