A Private History of Italian Film Criticism Public Roles and Private Relations: the Institutionalization of Film Criticism in Italy from 1930s to 1970s

A Private History of Italian Film Criticism Public Roles and Private Relations: the Institutionalization of Film Criticism in Italy from 1930s to 1970s 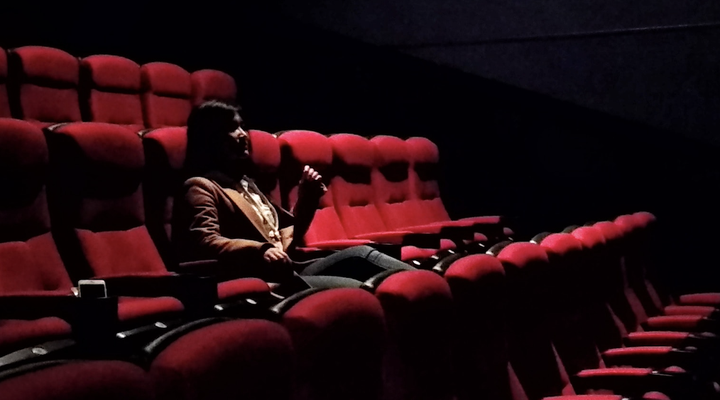 One of the most intense and promising trends in Italian film studies is currently focusing on the matter of criticism. On the one hand, we observe a new approach to the analysis of the debate on the main film journals, heightening the social, political, and economic aspects hidden behind the practice of criticism; on the other hand, we clearly see an increasing attention to what we could certainly describe as the ubiquity of film criticism, throughout newspapers, popular magazines, and cultural periodicals of various nature.

This research project takes inspiration from a previous SIR project on film criticism, funded by MIUR in 2015 (Italian Film Criticism in Post-War Cultural and Popular Periodicals (1945–1955): Models and Criteria for an Accessible and Scalable Database), and explores a field that the previous project left uncharted. While working on such a project, analyzing hundreds of periodicals and shaping a database suitable to provide scholars with a new repository for a social study of Italian film criticism, we noticed that the published part of the debate was just a layer of a much more complex discourse, implying personal friendships, political connections, cultural relations. In other words, we were facing the private history of Italian film criticism, like an uncharted field, made of letters, private exchanges, and – not less important – oral sources.

A Private History of Italian Film Criticism aims to reshape the long process of social institutionalization and cultural legitimation of such a practice through the lens of a sort of “counter-history” that balances and sheds new light on the published part of our critical tradition. We decided to work on a crucial and articulated period, covering about four decades from the 1930s – that is the decade of the institutionalization of Italian film production and education – to the beginning of the 1970s – that is the moment of the crisis of traditional film criticism and the definitive presence of cinema as an academic discipline. To sketch out such a history we have first of all to identify, among the different periods, some key figures, who can be considered as paradigmatic of the kind of sociality we want to analyze. We need figures with so strong and profound relations to guarantee a real expansion of the research, following the paths originated by the archives and the funds we will work on.
We have identified five main critics who look to be suitable for our project, and whose archives have been carefully evaluating during previous research. In alphabetical order they are: Guido Aristarco, Umberto Barbaro, Ugo Casiraghi, Mino Doletti, Lorenzo Pellizzari. Each of them represents, for different reasons, a quite relevant part of what we could call the spirit of his time, embodied by his own role within the Italian film society, his professional activity, and the network of relations both these aspects imply. Beside the work on these figures and their archives, we want to include in the project also the oral sources of witnesses who lived the last part of the period we take into consideration and, in some case, the whole of it. The oral history of Italian cinema has been giving research a crucial support (think of Francesco Savio’s volumes on Italian cinema during the 1930s, or Goffredo Fofi and Franca Faldini’s collection of voices throughout various decades of our film history), and this is the reason why we are convinced that, on the side of film criticism, this is the right moment to implement archival research with an accurate work on the witnessing of critics like Edoardo Bruno, Virgilio Tosi, Virgilio Fantuzzi, Ernesto Laura, Adriano Aprà, Goffredo Fofi, Cecilia Mangini. The very challenge of the project is to create around these personalities a strong and convincing research framework, suitable to provide a more complete portrait of the complex panorama of Italian film criticism. To do that we need, on the one hand, to study a quite long period which allow us to evaluate the different approaches, behaviors, shades, and relations of Italian film criticism, while, on the other hand, to cope with the role of people who undeniably make, day by day, the story and the tradition of this practice.