Archaeology in Achaia. A millenary landscape between the Aegean and the Adriatic – Excavation Campaigns in Greece 2017–2018–2019

Archaeology in Achaia. A millenary landscape between the Aegean and the Adriatic – Excavation Campaigns in Greece 2017–2018–2019 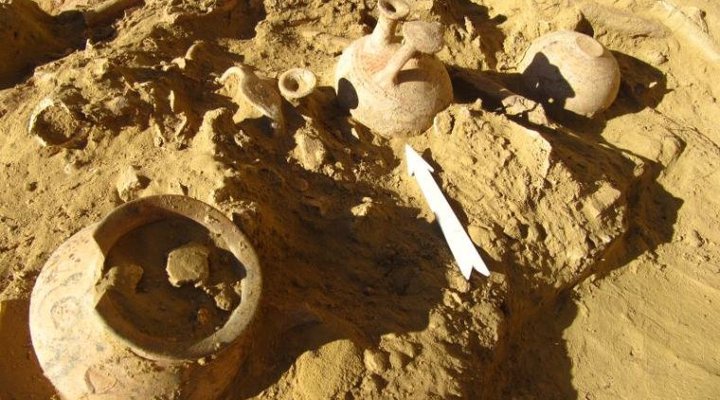 The project involves the archaeological investigation of the prehistoric sites located in a crucial area concerning the topic of the relationships between the Aegean and the central Mediterranean – and in particular between the Mycenaean Greece and the prehistoric communities in Italy: we are talking about the region of Eastern Achaia, overlooking the Gulf of Corinth.
Since 2010 an agreement with the Greek Archaeological Service/Greek Ministry of Culture was set, allowing the participation to excavation activities at the Trapezà of Eghion, the ancient site of a shrine located at the centre of the Mycenaean city of Rhypes, which was however already occupied since the Final Neolithic.
The coordination of Udine focuses currently on the investigation of a Mycenaean necropolis of chamber tombs, with a long and complex history dating to the Late Bronze Age (15th–11th century BC), and on a village of the Middle Bronze Age. Thanks to the support of the Ministry of Foreign Affairs and of the Institute for Aegean Prehistory of Philadelphia, the project has reached its 10th excavation mission. 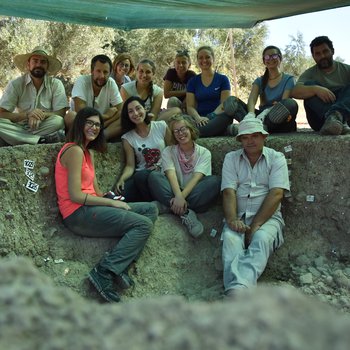 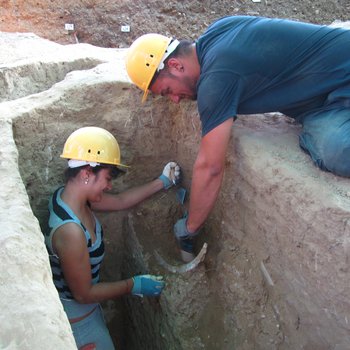 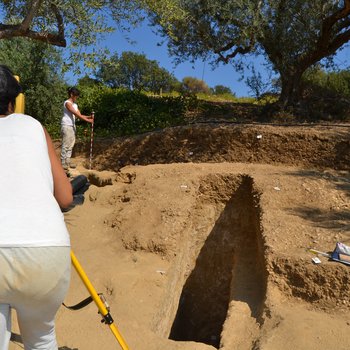 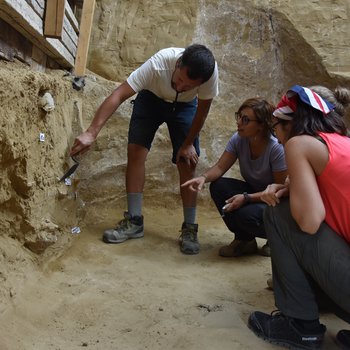