The main venue of the Department, the elegant Palazzo Caiselli, contains an interesting group of paintings, drawings, engravings, sculptures and artistic installations belonging to the collection of contemporary art of the University of Udine. These works, donated by private individuals and, in some cases, by the artists themselves,  are now spread throughout the building – in the halls and hallways, inside the various offices, and on the staircase landings (as shown by the pictures taken by Mirco Cusin for this page). The result is an harmonious integration between the new creations and the original decorations of the edifice, such as for example the beautiful 19th century frescoes by Marino Urbani and Ferdinando Simoni.

Indeed, with the exception of the recent acquisition of the portrait of the so-called Count Caiselli made by an anonimous painter in the 17th century, the artistic heritage of DIUM offers some fascinating insight into art in Friuli Venezia Giulia from the early 20th century: all the most traditional figurative tendencies are here represented, as for instance the five oil paintings by Aldo Giobatta Foschiatti, author of numerous other drawings and engravings owned by the University. 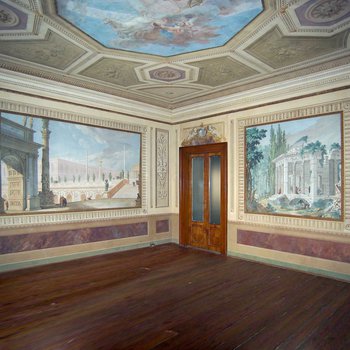 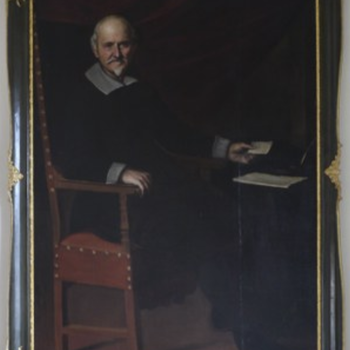 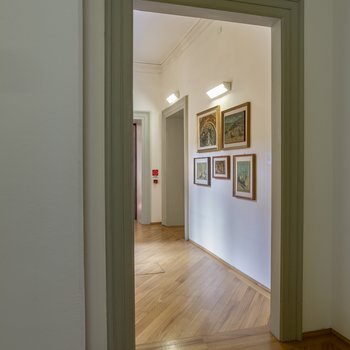 There are also pieces made by artists who have stood out in particular during the '80s: Grande Cipresso, by Franco Dugo, whose engraving explicitely recalls Dürer; by contrast, Relicta n. 29 by Nata, and Paesaggio by Claudio Guerra are characterized by a stenographic painting, which outlines enigmatic figures and undefined space.

The more recent Tubi d'aria, by Bruno Aita, and Mi dono tutto alla luce by Claudio Maria Feruglio, focus on the relationship between humanity and nature – the former concentrating on environmentalism, the latter on a more spiritual level. The engraving of Lorenzo Vale, Primo viaggio in Grecia, presents instead a metaphysical world capable of dialoguing with the Classical tradition.

On the opposite side, from Abstract to Minimal Art, the artworks show a great technical versatility. Painters like Carlo Ciussi and Aldo Colò (Cuspide) follow the path of geometric abstraction by creating dynamic and discontinuous compositions, while Pope Galli (Dittico), Gottardo Ortelli (Tempo liberato) and Teodosio Magnoni move within Minimalism and Analytical Painting, with their sharp formal rigour. The sculptor Nane Zavagno resumes the shape of his massive minimalist creations, but reduces everything to brittle and fragile materials. Carlo Patrone (Nuova istocromia), through the use of different types of paper and cardboard treated with obsidising chemicals and acids, lets emerge the "insides" of the substance itself. 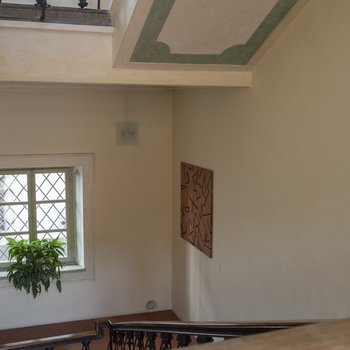 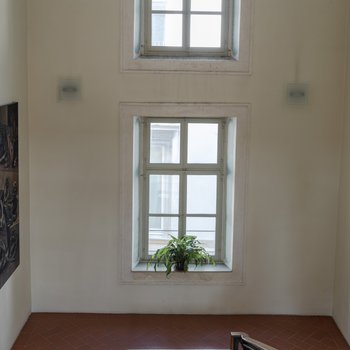 Relicta n. 29, by Nata, and Dittico, by Pope Galli 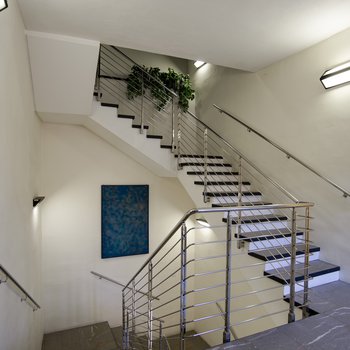 Federico Rizzi works on canvas characterised by the layering of heretogeneous materials, such as wire mesh, plastic and paint coverings. Graziano Negri (Hortus Conclusus) and Alessandra Lazzaris start both from metal sheet, but the former uses a palette knife to spread the colour on a perfectly smooth and shiny aluminium plate, the latter resorts to corrosive acids on the sheet, in order to obtain special painting effects. It is also worth mentioning the pierced steel panel by Riccardo De Marchi, whose perforations give it the appearance of a written text.

The examples of Conceptual Art connect directly with the viewers and provide – sometimes ironically – insights for reflection on the essence of things and other relevant issues of contemporary society: the installation by Beppino De Cesco (Marinare la scuola), which consists of an unusually large deckchair, l'object trouvé revisited by Toni Zanussi (Illumina 1 Cassa), a sketch by Carlo Vidoni (Interno con pala), a silkscreen by Ludovico De Luigi (La madonna dei rubinetti), and a photomontage by Guido Sartorelli (Vedere il tempo). Besides, there are also works of famous illustrators and cartoonists: Naufragio, by Renato Calligaro, and a cartoon signed by Francesco Tullio Altan. 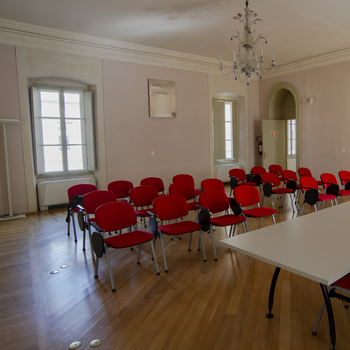 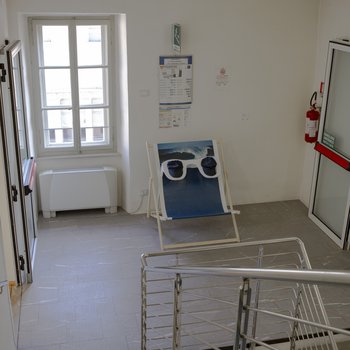 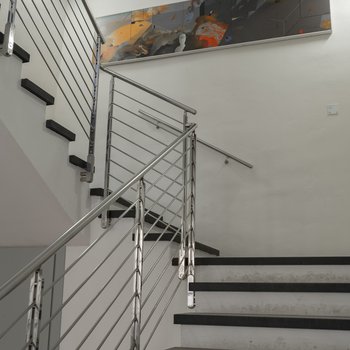 Finally, we remind here the contribution of the sculptors, whose creations manifest a careful study of the relationship between space and volumes with a hint of sophisticated archaism – the huge sketch of a gate by Dino Basaldella (Cancello), the wooden sculpture Ettore, by Ennio Brandolini, and Ninfa, the marble statue by Giancarlo Tramontin. 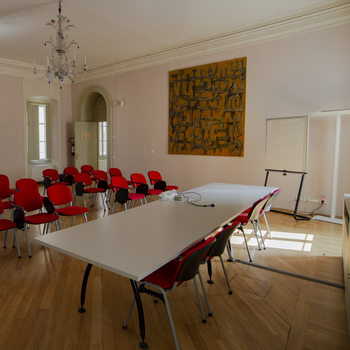 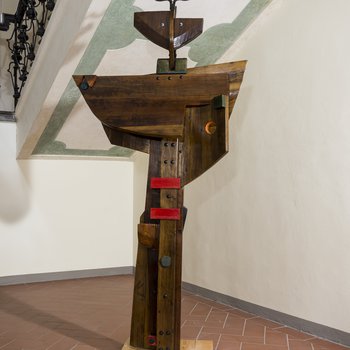 All the artworks belonging to the collection of contemporary art of the University are documented on the website arte.uniud.it.