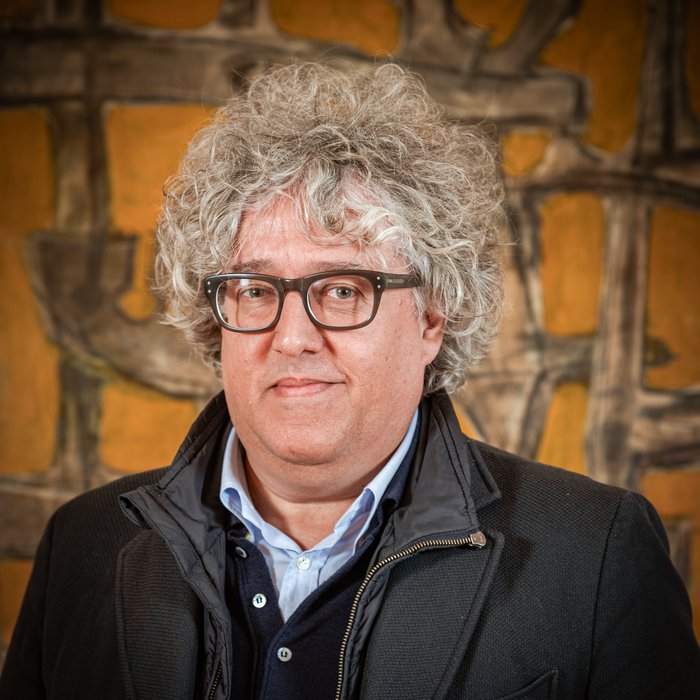 After hight school and years of musical studies, I graduated in Documentary Cinematography at the University of Bologna, with a thesis in Visual Anthropology.

After that I could have numerous experiences in the fields of publishing, TV and cinema, by collaborating with the publisher Studio Tesi of Pordenone, Ferruccio Marotti and the Television Centre of the Teatro Arena di Roma, Dario Fo and Franca Rame at the Biennale Teatro of Venice, the CITAM – Centro interfacoltà per le tecnologie audiovisive of the University of Bologna, the section of Classical Music of the Austrian Television (ORF) and the National Geographic.

Since 1986 I was very active as director and documentary filmmaker, and I realised programs and documentaries about nature, history, art, theatre, music, photography, cinema and animation for various TV channels, like Rai1, Rai2, Rai3, Rai5, RaiSat Cinema, Sede Regionale Rai for Friuli Venezia Giulia, Sat 2000, Sky and various public and private institutions. My last work, Anime (2019), a short-film about the traditional art of Venetian glass pearls which aimed at supporting its application to be included on the UNESCO World Heritage, was presented at the 76a Mostra del Cinema di Venezia.

I was Manager of the Laboratory Cinemantica and Multimedia (today Cinemantica) of the University of Udine (1995–2003). Since 2003 I am running the laboratory ReMoTe (Regia Mobile Televisiva), located in Pordenone. With this structure I coordinated and directed numerous research projects applied to cinema and TV languages and technologies.

For four years (2007–2010) I was part of the Commissione Cinema of the Italian Ministry of Cultural Heritage and Activities, and for two years (2007–2008) of the Commissione per il Cinema e l'Audiovisivo of Friuli Venezia Giulia. Today I participate in the scientific boards of the Centro Studi Pasolini di Casarsa (since 2014) and CRAF – Centro Ricerca Archiviazione della Fotografia of Spilimbergo (since 2019).

I joined the european action Cost 298: Participation in the Broadband Society/Users as e-Actors (2006–2008) and the International Scientific Board of the convention The User and the Future of Information and Communication Technologies, Mosca, Institute of the Information Society (2007).

I have been among the founders and editors of the journals Cinéma (Udine), Cinegrafie (Bologna), Cinergie (Udine), and e editor of Bianco e Nero, revue of the Centro Sperimentale di Cinematografia/Cineteca Nazionale (Roma).

I published essays and articles on ethno-anthropologic cinema, about authors and genres of the Italian cinema, about the exploration cinema and about mountains.
Among my current research lines I would mention film editing, documentary cinematography, the relation cinema–landscape, cinema and new media for the cultural heritage.