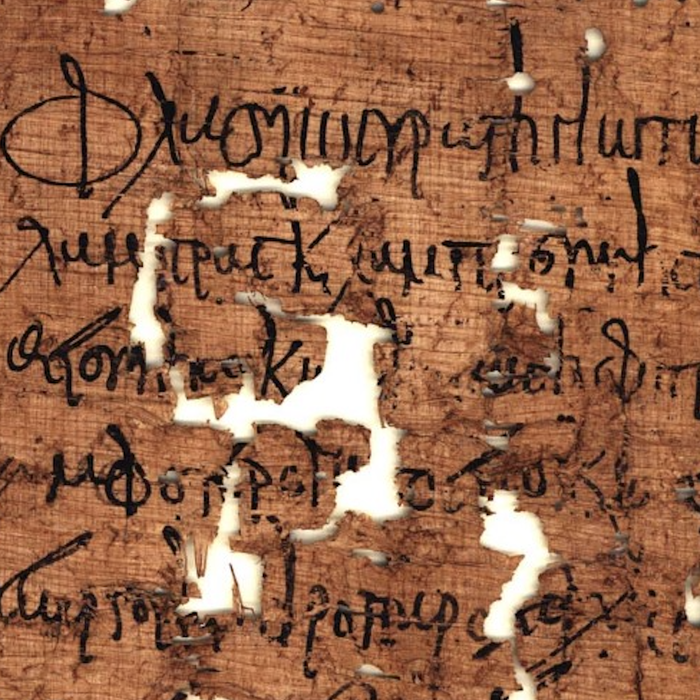 The Apions were an Egyptian aristocratic family of landowners, particularly flourishing during Late Antiquity. Between the 5th and the 7th century A.D. its members, who were alternatively called Strategios and Apion and are known to us from papyri and byzantine literary sources, rose to the highest ranks of the administrative and political career at the court of Constantinople. They owned considerable estates: houses, land, orchards, and vineyards.  In order to manage their possessions, they employed a large number of administrators and skilled labour: farmers, craftsmen, stablemen, and messengers. In their hometown, Oxyrhynchus – the capital of the province of Arcadia, in Middle Egypt – the Apions had a splendid villa, including a classic triclinium, magnificent thermal baths and even a hippodrome.
I started studying Apionic papyri while working on my doctoral thesis, and I immediately felt irresistibly attracted to them.  Since then, I cultivated this passion by searching for new texts within the various collections, revising edited papyri and trying to solve the mysteries still shrouding the family's history.

I also dedicated three research projects to the Apions, which received grants within national and international calls: a Margo Tytus fellowship at the Classics Department of the University of Cincinnati, an Alexander von Humboldt Scholarship, and, more recently, a PRID-DE project.
This is truly a case of "you never forget your first love..."