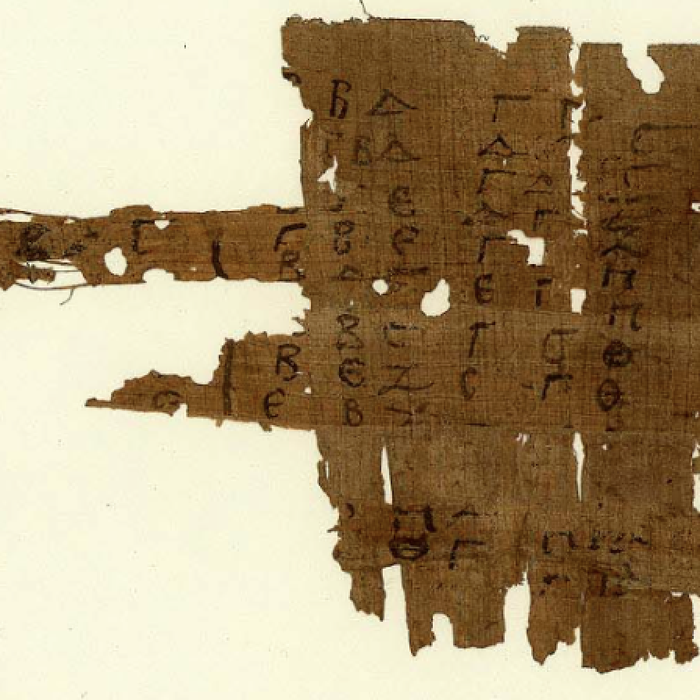 In ancient schools, the arithmetic curriculum went hand in hand with the literary one. This is proved by the great number of exercises and schoolbooks written on papyrus and other materials – wood, waxed wooden tablets, potsherds, and parchment – where, alongside alphabets, spelling exercises and short texts, there are also addition, multiplication and division tables. The last ones were particularly hard to calculate and memorize since, following an ancient Egyptian tradition, divisions were expressed as fractional calculations, consisting in the result of the addition of a series of unit fractions (viz. whose numerator was 1): in other words, the exercise 10 : 4 was expressed as "1/4 of 10", and the quotient as "2 + 1/4". Of course, more complex divisions would result in much longer quotients, which were impossible to keep in mind – even more so, as quotients turn out to have variants, like for example 1/7 of 3, which may be expressed as 1/3 + 1/5 + 1/35, but also as 1/3 + 1/14 + 1/42.
This is certainly the reason why a much greater number of division tables have survived compared to those relating to the other mathematical exercises: some of them stem from school environments, others belonged rather to tax collectors and administrators, as well as notary scribes, who used them in order to calculate payments and percentages.
One of the main focuses of my research is the edition and revision of Greek arithmetic tables coming from Egypt, a topic to which I have already dedicated numerous publications and an international conference. My goal is to understand how tables were expressed and used in everyday life, how arithmetic was learned in schools and finally on what grounds a variant of result was preferred to others.