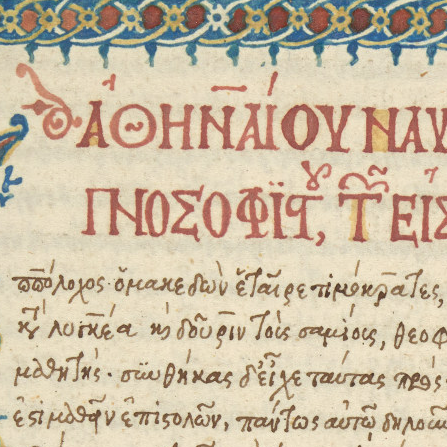 Alongside the recovery of the Greek language, the rediscovery of Greek literature at the beginning of the 15th century represents one of the main catalysts for Italian and European Humanism. In that extraordinarily fervid cultural environment, the scientific, philosophical, historical and poetic texts of antiquity – which were previously known only to a small extent through medieval translations and some Latin authors' references – are searched, compared, translated and commented on (both in schools and in writing), and printed. The precondition for this development is the circulation of manuscripts, some of which (more or less ancient) flowed by the hundreds from Byzantium, while others were commissioned by the humanists themselves in the East and in Italy.

Due to the abundance of surviving documentation, the study on the codices (although now scattered in libraries all over the world) combined with the contributions of palaeography, codicology, philology and history allows us to reveal the traces (and hands) of more or less prominent figures, as well as to reconstruct events, cultural relationships and book collections.