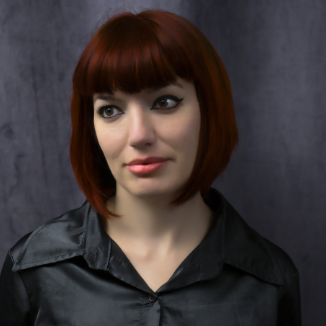 I was lecturer of Digital Restoration Techniques of Images and Films at the University "La Sapienza" in 2019, as a contract professor.

In 2018, I obtained the national scientific qualification for an associate professorship in the scientific area 10/C1. Long-term teaching experience combined with the participation in overseas study programs (NYU Florence, Vanderbilt, Cornell, University of Madison – Wisconsin, University of North Carolina – Chapel Hill etc.) and a brief period as a Visiting Scholar at the Keene State College (New Hampshire, United States) allowed me to update my teaching techniques.

The theoretical debate on synaesthesia (topic of the volume From Sensation to Synaesthesia in Film and New Media, Cambridge Scholar Publishing, 2019), edited with Francesca Scotto Lavina and Valentina Valente, was the starting point for the cross-disciplinary analysis of the concept of "medium" in the context of the PRIN Aesthetics in the Brain project, in which I participated in 2019 as a selected Research Fellow at the IMT School for Advanced Studies in Lucca.

Since 2018, I have collaborated with the national research group VARIA (Video ARte in ItaliA), coordinated by Professors Cosetta Saba (University of Udine), Valentina Valentini (University of Rome "La Sapienza"), Alessandra Donati (University Milano-Bicocca) and Gianmaria Ajani (University of Turin), in association with MiBAC DGAAP. In 2017 I was awarded a scholarship for the PRIN Circolazione Internazionale del Cinema Italiano project (principal investigator: Massimo Scaglioni, Università Cattolica of Milan), under the supervisione of Emiliano Morreale (La Sapienza).

In my edited work Futurist Cinema: Studies on Italian Avant-garde Film (Amsterdam University Press, 2018), I reviewed the aesthetic criteria and the history connecting the Futurist Avant-garde with early cinema. The work was reviewed in some international scientific journals, such as «NECSUS: European Journal of Media Studies», «Journal of Italian Cinema and Media Studies», «International Yearbook of Futurism Studies», «Séquences», «Quaderni del CSCI» and «Neural».

I am currently a Research Fellow for the project HERA Visual Culture of Trauma, Obliteration and Reconstruction in Post WWII Europe (VICTOR-E), whose scientific coordinator is Francesco Pitassio – a wide-ranging research involving a network of research units (Udine, Paris, Frankfurt and Prague) and cinema archives, with the aim of analysing how the non-fiction cinema between 1944 and 1954 documented the destruction and reconstruction of the public and social spaces in Europe, overcoming the trauma of the Second World War. The project entails the development of a database dedicated to the non-fiction production and of a didactic toolkit for secondary education and undergraduate courses.

From Sensation to Synaesthesia in Film and New Media

Learning From the Keepers: Archival Training in Italian Cinematheques