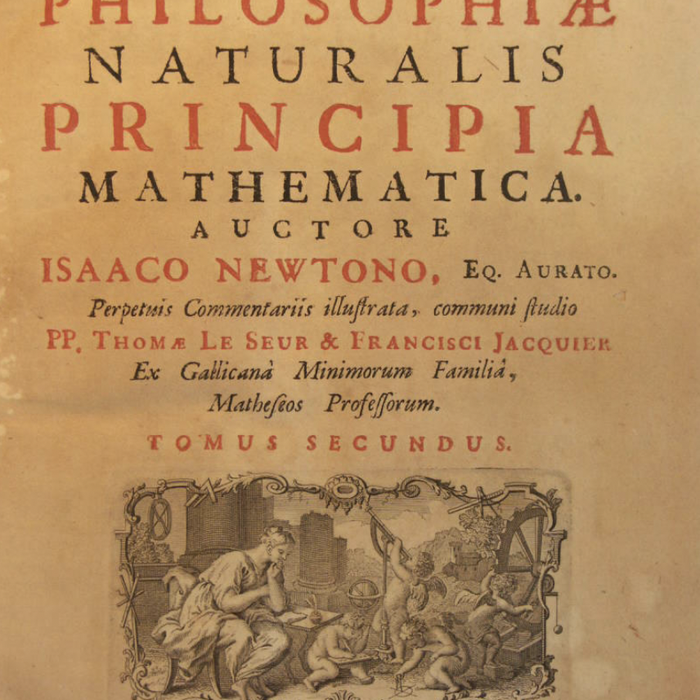 The third edition of Newton's masterpiece was published in 1726. Just 13 years later, a further edition of the Principia was published in Geneva. It was characterised by unusual features: every proposition in Newton's work was accompanied by a substantial series of notes, generally much longer than the text itself. The authors of these notes are two mathematicians, Thomas Le Seur (1703–1770) and François Jacquier (1711–1788), priests of the Minim order, and the Swiss scientist Jean-Louis Calandrini (1703–1758).

The notes result in a diversity of styles and content: there are mathematical explanations of those Newtonian demonstrations which the English scientist presented only very briefly; descriptions of the further developments of Physics after Newton; actual treatises where the authors (especially Calandrini) explain their own theories on certain issues for which Newton only provided the basis, without going into further details (for example, the complex problem of the lunar motion).

Prof. Raffaele Pisano (History of Science, University of Lille) and I have been editing a series of articles since 2014, with the purpose of explaining the structure of the notes added to the Genevan edition. We typically analyse an important proposition of the Principia; we describe how Newton developed the proof and we clarify the nature and the reasons behind the annotators' interventions. We have already published a dozen articles in this regard.

Contracted by Oxford University Press in 2015 for the full translation of the notes from Latin into English, the whole work will consist of five volumes: four will contain the translation and the last one will be dedicated to the explanations of the reasons that led us to bring such a huge and complex editorial project to fruition.

At present, we have completed the translation of all the notes of the first book of the Principia, as well as part of those belonging to the second. We expect to finish the task in two and a half years.