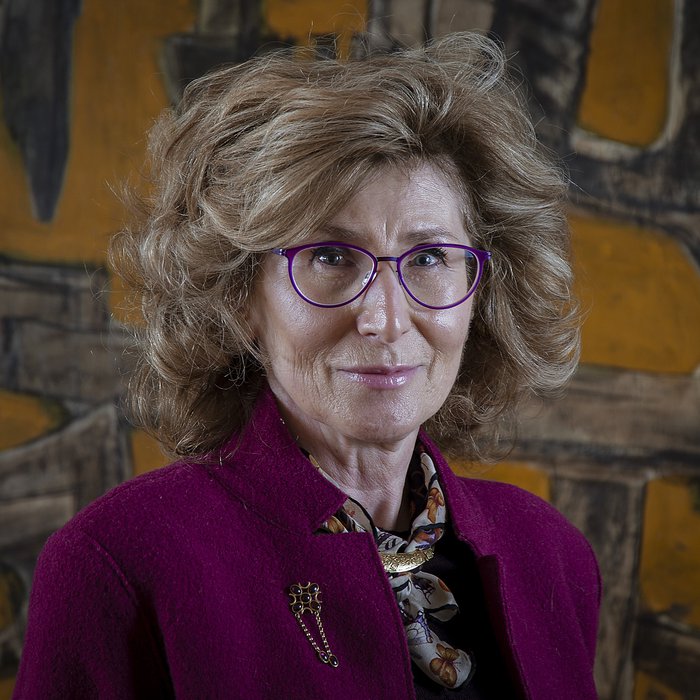 I studied in Trieste, graduating in Greek Philology and I followed the courses of the School of Advanced Studies in Antiquity in Urbino (thesis Considerations on poetic genres in archaic Greece: the case of paean with Bruno Gentili). I obtained a scholarship from the École Française in Rome with study stays in Paris and attendance at EHESS courses. Then I did some didactic activities as a teacher in the Scientific and Classical High Schools.

For a long time, I have been involved in archaic and late archaic lyrics, in particular, the modes of performance and circulation of the poetic repertoire (both of authorial and anonymous poems) in the symposia of the VI–V century BC, in a critical edition of the corpus of Attic convivial songs.
Lately, I have approached the subject again in a paper about the hedonistic attitude of poetry (criticized by Euripides), and in wider research on the sympotic scenes in the theatre of Aristophanes, which present the stimulating problem of the insertion of a special language in the formalized structure of another genre.
I have dealt in various articles with griphoi and riddles collected in Athenaeus’ Deipnosophistae X 457b–c trying to solve a riddle ('Five men with ten ships') not been resolved by the ancient sources.

In recent years I have dedicated most of my studies to Aristophanes: I have translated and commented on the Wasps. In other recent articles I have investigated the Aristophanes' complex approach of dealing with death, the spatiality in the Birds, the ambiguity of human and animal nature and the conflict of the divine generations in the same comedy, and then the viscous theme of tyranny in Wasps.

I am currently engaged in in-depth research of economic issues in the comedy Archaia and Nea. With this project, in 2018 I received a scholarship from the French Department of Higher Education and Research for the international mobility programme Directeur d'Études Associés (DÉA) at the Fondation Maison de Sciences de l'Homme in Paris. In 2019, I was invited again to the FMSH, to deepen the project at the invitation of University Paris Le-Creteil (UPÉC,  CRHEC).

Finally, I would like to mention a recently completed study on the theme of light in Pindar, which makes it possible to highlight this concept the system of aristocratic values and the organisation of reality.

I 've been interested in Pasolini's revisitation of the classics by organizing the conference The Greek myth in Pasolini's works. I am preparing an edition with commentary for the series Plutarchi Corpus Moralium of the fifth book of Plutarch's Sympotic Questions.

Associate professor since 2002, I teach Greek Language and Literature 1 and 2, Greek Literature (HL) Greek Language and Literature (texts), alternating with Prof. A. Guida, and also Exegesis of the sources for Greek civilization and History of the Performing Arts in the Ancient World for BA of Classics and Master of Archaeology and cultures of antiquity. I am a member of the teaching committee of the PhD in Ancient Heritage Studies (Venice-Udine-Trieste).