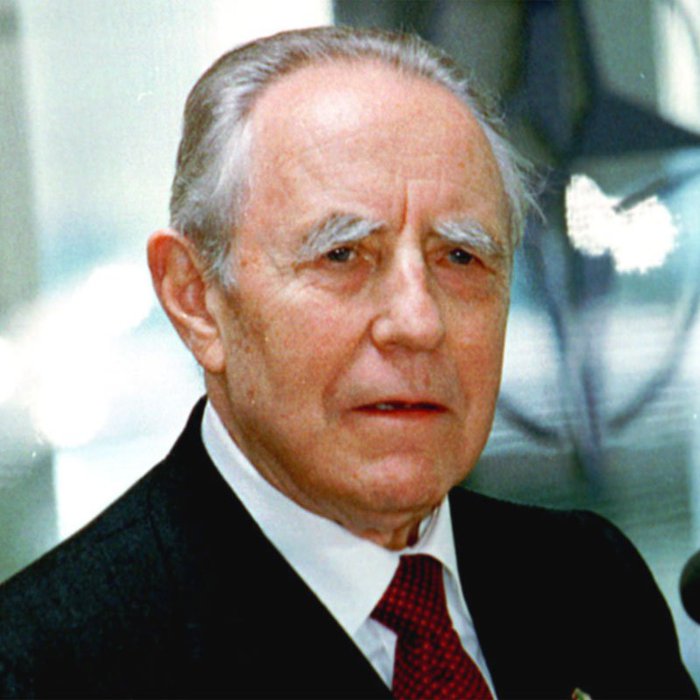 Carlo Azeglio Ciampi graduated in Classics at the Scuola Normale Superiore di Pisa in 1941, defending a thesis in Classical Philology focused on the papyrus of the Greek rhetorician Favorinus of Arelate. Between 1944 and 1946 he worked as teacher of Italian literature and Latin in a secondary school in his hometown, Livorno.
Later he began working at the Banca d'Italia, first as employee, then as Secretary General, Vice Director General and eventually Director General. In 1979 he was nominated Governor of the Bank of Italy and President of the National Bureau de Change, and he kept this position until 1993. In the early '90s he started his political career: he was Prime Minister (April 1993–May 1994), Minister of Treasury, Budget and Economic Programming (April 1996–May 1999), President of Italy (May 1999–May 2006) and, from 2006 onwards, he became Senator for Life. He died on 16th September 2016 at the age of 95.
Here below you will find a fictional interview, based however on true speeches and public statements he made over the years (see footnotes).
We would like to thank Gabriella Ciampi, who has kindly given us permission to use her father's images. 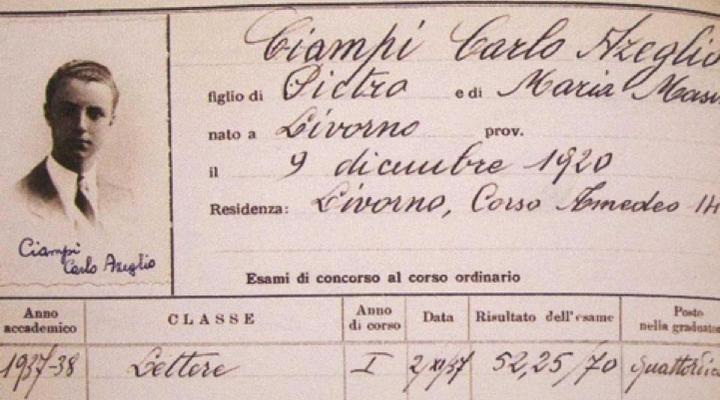 What led you to choose Humanistic Studies?

I chose Humanities because I loved Classics in particular... My reasoning was: "... First I am going to study what I cherish the most on a personal level, Humanities; then I am going to get a degree in Law too..." Meeting with the students of the Scuola Superiore Sant'Anna of Pisa, Pisa (Aula Magna), 18th October 2006 (http://www.carloazegliociampi.it/71?resource_1681=12034) As to my Law degree, I wanted ... to embark on a diplomatic career; I thought that my degree in Humanities, together with the one in Law... would have increased my education, and consequently my preparation for such a profession. C.A.C., Da Livorno al Quirinale, Storia di un italiano, Conversazione con Arrigo Levi, Bologna, Il Mulino 2010, 45.

Have you ever been abroad during your university education?

I spent the Summer [of 1939] at the University of Bonn, in Germany, with other young students from all over Europe. We were learning German. I was 19, and I wanted to use it in order to deepen the knowledge of the subject I had chose, Classic Philology. Year-end Message of the President C.A.C. to Italy; Palazzo del Quirinale, 31st December 2001 (http://www.carloazegliociampi.it/71?resource_1681=399). [From November 1940 to July] 1941, as I was grad student in Classic Philology, I stayed in Leipzig for a study abroad semester. Speech held during C.A.C.'s visit to the Humboldt University of Berlin, on the topic "German-Italian Friendship in the service of European Integration", Berlin, Humboldt University, 26th June 2003 (http://www.carloazegliociampi.it/71?resource_1681=541).  To this day I am thankful [to that University] for having hosted a young italian student, who ... could draw from the sources of the German school of Classic Philology, of which Leipzig, Heidelberg and Königsberg had been the cradle. Speech held in the occasion of the conferral of Laurea Honoris Causa in Economics at the University of Leipzig, Leipzig, 6th July 2000 (http://www.carloazegliociampi.it/71?resource_1681=283).

What role does your humanistic education play in your current occupation?

Thanks to my studies in Classical Philology at the Scuola Normale, I have learned an intellectual discipline, the respect for documents, and the search for truth. All these principles have inspired my activity at the Banca d'Italia, at Palazzo Chigi as well as at the Quirinale. Meeting with the students of the Scuola Normale on 6th December 2000, quoted by S. Settis in an article appeared on the newspaper Il Sole 24 ore on 17th September 2016 (https://www.ilsole24ore.com/art/mondo/2016-09-17/la-lunga-fedelta-normale-081057.shtml?uuid=AD5l14LB&refresh_ce=1).

Do you think that humanistic studies could pave the way for various careers?

The study of History, Philosophy, Science, Literature and Art is a fundamental instrument of civic education. This is the deepest meaning of teaching Classical culture, Christian civilisation, Humanism, Philosophy and European Literatures. Speech held for the inauguration of the new school year, Rome, Il Vittoriano, 18th September 2002 (http://presidenti.quirinale.it/Ciampi/dinamico/ContinuaCiampi.aspx?tipo=discorso&key=20304).

What would you recommend to young people struggling with the choice of the right study programme?

A piece of advice for you, young boys and girls: claim the chance to approach those texts and monuments, which belong to our culture and civilisation, set yourself the goal to get closer to them. Our modern society offers you more and more educational possibilities in the field of technology, requires foreign language skills, prompts you to redouble your interests and look in directions, which my generation could not even imagine. You will do better and more effectively with a full, solid knowledge of our own language, our own literature, our own culture. Speech held on occasion of the inauguration of the new school year, Rome, Il Vittoriano, 22nd September 2001 (http://presidenti.quirinale.it/Ciampi/dinamico/ContinuaCiampi.aspx?tipo=discorso&key=15768).