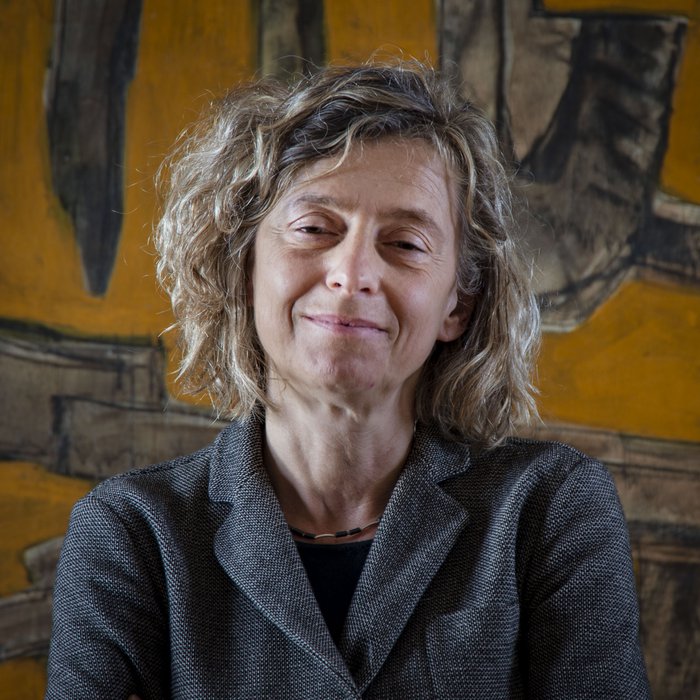 I graduated in Trieste in 1986 in Aegean civilization with a thesis on the use of bow and arrow in the Mycenaean world, a research that allowed me a multidisciplinary approach, including the analysis of archaeological, figurative, historical and philological sources.

After graduation, my interests and my experiences led me to deal with Italian prehistory, with particular regard to the Bronze Age, as well as Aegean archeology. I specialized at the National School of Archeology of the University of Rome "La Sapienza" with a thesis in Palethnology on the subject of bronze closets and the forms of supply and exchange of metal in the Italian Bronze Age and I therefore benefited from a specialization scholarship in Athens at the Scuola Archeologica Italiana, which allowed me to expand and deepen my preparation in the Aegean-Mediterranean area. In Greece I was able to participate in research projects of the Italian School in Crete, in the prestigious site of Festòs, under the guidance of Vincenzo La Rosa, who entrusted me with the study of the archaeological contexts of the late Bronze Age, that testify the presence of the Mycenaeans on the island between the thirteenth and eleventh centuries. in Crete. The Cretan experience was fundamental for me: I continued to work for years on the Festòs project, a collaboration that continues today. On the materials of Festòs I conducted my doctoral research, carried out at the University of Rome "La Sapienza", under the guidance of Renato Peroni and Alberto Cazzella.

I improved and perfected my skills in the study of protohistory with journeys and study stays – as a Visiting scholar in Cambridge (with the tutoring of Colin Renfrew), where I refined my theoretical and methodological approach enriching it with the contribution of anthropology, and in other prestigious European research centers, including the Römisch-Germanisches Zentralmuseum of Mainz; in Germany I received a research grant at the Ludwig-Maximilian Universität in Munich. In 1999 I entered as a researcher at the University of Udine where I then took on the role of associate professor in 2005. In 2014 I obtained the national qualification for full professor.

I participated in many conferences and I organized several of them in the Udine branch with national and international collaborations; I took part, as a local coordinator, in research networks in various projects on Italian and Aegean protohistory.

In Friuli I collected the legacy from my teacher, Paola Cassola Guida, continuing to take care of excavation initiatives, research and collaboration with the Superintendency and local institutions for the knowledge and enhancement of the regional proto-history, with particular regard to the features characterizing the regional archaeological landscape , or forts and burial mounds. Materials from regional excavations are the subject of study for theses, internships and student exercises at the Laboratory of Prehistory and Protohistory of DIUM, founded by Paola and now coordinated by me with Susi Corazza.

With regard to protohistory, I devoted a lot of energy to the study of metallurgy and the circulation of bronze and on these subjects and I carried out projects that included international synergies, in particular with Slovenian colleagues from the University and the Ljubljana Museum.

Currently I direct a project that aims to extend the horizon of regional research from the land of the mounds and forts of the high to the coastal plains, which was the scene of very intense relations during protohistory: the excavation I direct in the settlement of Ca 'Baredi / Canale Anfora (Terzo di Aquileia), part of the wider project Buried and sunken landscapes. Aquileia and its territory from the Eneolithic to the Iron Age has the ambition to shed light on the past of Roman Aquileia.

As for Aegean archeology, in addition to the study of the late-Gothic society of Crete, I dealt with interaction and exchange in the Mediterranean of the Bronze Age and social and ritual practices, among which above all the forms of conviviality and feasting in contexts prior to the institutionalization of the symposium. For some years I have been dealing with the archeology of death thanks to the coordination of a multi-year project in collaboration with the Greek Archaeological Service, focused on the exploration of a Mycenaean necropolis of the Western Peloponnese ("Archeology in Achaea. A millenary landscape between the Aegean and the Adriatic", supported by the Institute for Aegean Prehistory of Philadelphia and the Italian Ministry of Foreign Affairs).

In my teaching activities, which include three-year and master's teaching at the DIUM, courses at the Interuniversity Specialization School with Trieste and Venice and as part of the PhD program in Ancient Heritage Studies, I try to bring the experience of my research and to involve students in this experience.

Natural and Human Components shaping a Landscape of Memory during the long-term Occupation of the Trapezà, Aigion, Achaea

From Minoan Crete to Mycenaean Greece and beyond. The Dissemination of Ritual Practices and their Material Correlates in the Field of Ceremonial Architecture

Individual Burials and Communal Rites: The Manifold Uses of the Monumental Architecture in the North-Adriatic Early Bronze Age

Native Traditions of Drinking at Phaistos during the Mycenaean Period